Wrapping It Up: Wood Bio Conference

Cory Richardson, director of sales at ESI, spoke on the utilization of biomass as a fuel to produce various forms of energy, recognizing that in recent years biomass power plant construction has been minimal and there have been closures, but that some resurgence is ongoing.

He pointed to ESI’s work, and if each of ESI’s completed biomass projects was operating at 100% capacity at the same time they would generate 600 MW of power, handling more than 5.5 million tons/hour of biomass and pellets, while treating more than 300 million pph of flue gas in a variety of air quality control equipment.

He singled out several ESI power projects, such as Green Power Solutions in Dublin, Ga. and DCO Energy in Albany, Ga.; and ESI pellet projects such as Fram at Appling, Ga.

Richardson pointed to past project drivers in biomass power, namely a beneficial waste stream (bark, mill waste) chiefly at pulp & paper mills and forest products mills; versus today with a shift to utilization of biomass to aid in utilities easing dependence on coal through capitalization of Renewable Energy Credits, and advancing into global climate change initiatives and CO2 reduction, carbon intensity ratings and credit/debit systems for compliance.

Richardson closed by emphasizing ongoing projects in renewable energy, from traditional biomass-fired power and steam facilities, to continued expansion of pellet production for European and Asian markets, to sustainable aviation fuel, to green hydrogen powered by biomass, to CO2 capture. 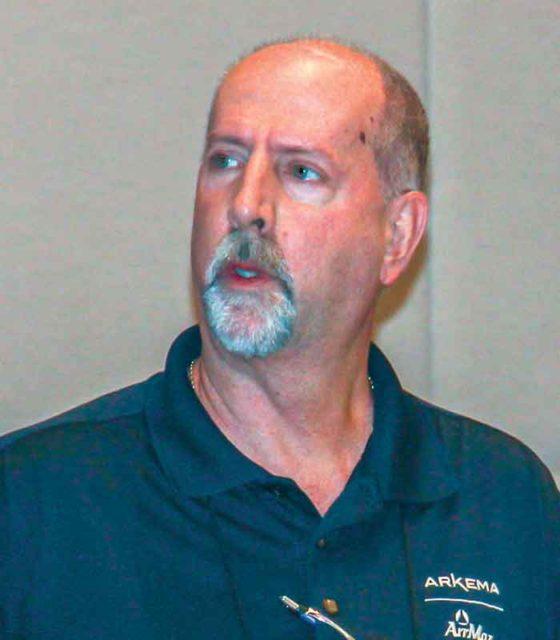 Tom Thorn, commercial manager, Energy Div., Arkema-ArrMaz, spoke on innovative solutions for wood pellet manufacturing. He touched on the background of his company, which included Arkema’s acquisition of ArrMaz in 2019, creating one of the world’s leaders in specialty surfactants. He addressed a range of wood pellet industry challenges, including binder supply shortage, and revealed his company’s PelleMax 308 binder technology, a 100% biorenewable, hydrophobic liquid, derived from forest-based materials, non-lignin based and added directly to feedstock in place of starch. The binder reduces energy consumption during the pelletizing process, allowing increased throughput rates, maintains wood pellet properties and extends the life of pellet mill die and rollers, according to Thorn. The binder is sprayed directly onto the pellet mill feedstock prior to pelletizing and oftentimes at the bucket elevator and/or after the hammermills. Once the feedstock and the binder are exposed to heat and pressure in the pellet mill, it helps bind together the wood particles to form the pellet. Thorn said field results have shown no negative interactions between starch and PelleMax, an increase in production rate, decrease in energy consumption and once PelleMax treatment was exhausted these positive trends all reversed. Thorn also revealed Pelletrol 401, a product that is sprayed directly onto wood pellets as they are conveyed to storage or loadout, and which mitigates airborne dust during storage and transportation of pellets without sacrificing properties, as it coats and encapsulates the pellets. Field results showed an 89% reduction in dust level and visual warehouse dust was greatly reduced. 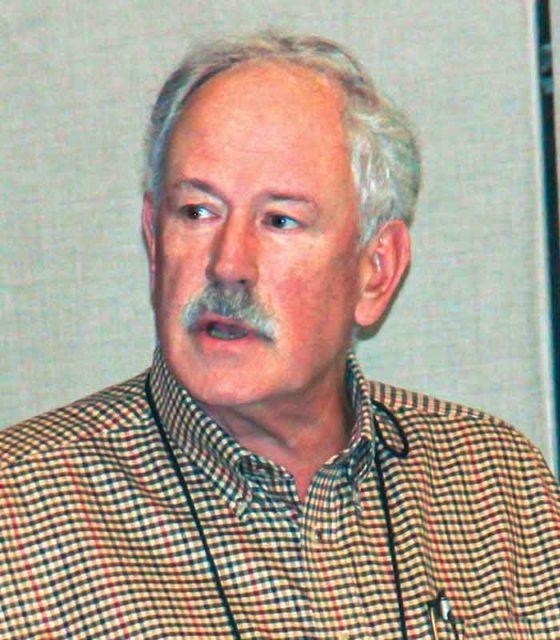 Steve Jaasund, Geoenergy Products Manager for LDX Solution, addressed the benefits of RCOs for wood dryer VOC control, which is not a common practice. He noted the principle of operation for an RCO is similar to the RTO while the catalyst allowed lower combustion chamber temperature and offers significant energy savings.

He spoke on scenarios for catalyst deactivation such as poisoning, sintering and masking, but noted poisoning is not a likely problem for wood fired dryers as common poisons are not present in flue gases, alkali sintering occurs at higher temperatures than are typical for an RCO, and while masking can occur if particulate concentration is too high, he recommended ensuring that particulate loading (inlet fly ash) is low enough, upsizing the wet ESP during the initial design and/or adding a second field to the wet ESP, implementing catalyst washout on an as-needed basis, and conducting regular catalyst performance testing.

His energy consumption chart showed significant annual savings (annual fuel cost, annual electric cost) with an RCO system compared to RTO at various gas prices, with RCO payback in a few years. The path forward, Jaasund said, is to install test blocks or thief baskets in existing RTOs operating on a wood fired dryer, and he noted existing RTOs can be catalyzed easily. 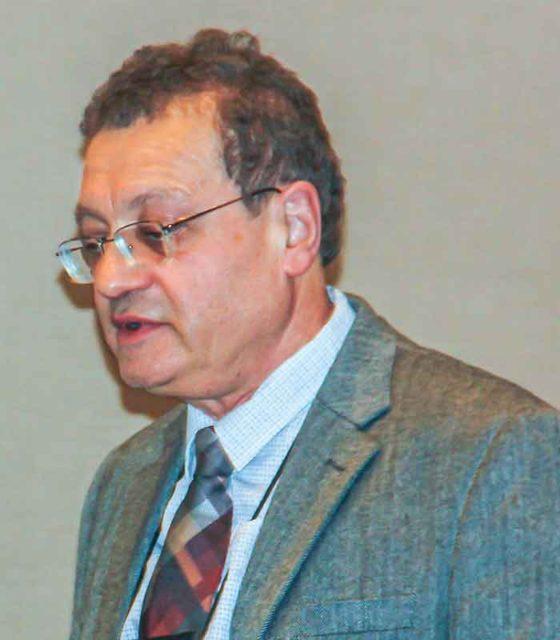 He emphasized a new tubular reactor as part of catalyst activity testing that enables testing actual VOCs of interest with any type of commercial catalyst. The experimental destruction efficiency is close to one achieved in the RCO. He also pointed to the use of a stirred reactor for quick express testing with model VOCs.

Bunimovich said catalyst sample held for a year in the RTO operating after the wood dryer and WESP retains appreciable performance; and that for enabling catalyst application, the WESP should provide good PM removal and exclude liquid carryover.

More specifically he emphasized the efficiencies of base-metal catalyst that has demonstrated high efficiency for removal of methanol, formaldehyde and other HAPs and VOCs along with exceptional thermal resistance and high durability.

Jarrad Markley, APC product manager at TSI, spoke on specifying and selecting the right pollution control system for a pellet plant. He first reviewed the composition of the dryer island, and the company’s offerings, including heat sources (burners, furnaces), rotary drum dryers and material cyclones; and air pollution controls systems including wet ESPs and RTOs.

He noted that the emission control selection process is sometimes underappreciated, but “unless the buyer digs into furnace and dryer specifications as well as some of the details surrounding the various APC equipment offerings, the ‘inexpensive system’ could end up costing more in the long run.”

More specifically he pointed to furnace discharge O2, dryer leakage and dryer discharge temperatures as items that can affect APC operations and result in bottlenecking at the APC system unless mitigation is built in.

Markley emphasized the importance of staying engaged with all parties supplying the dryer island and driving the values toward a conservative design. “Be particularly engaged with the pollution control equipment selection,” he said. “Generally I find customers are not interested because it is ‘non-production’ equipment; however, it can be a real nuisance when not sized appropriately and with headroom.” 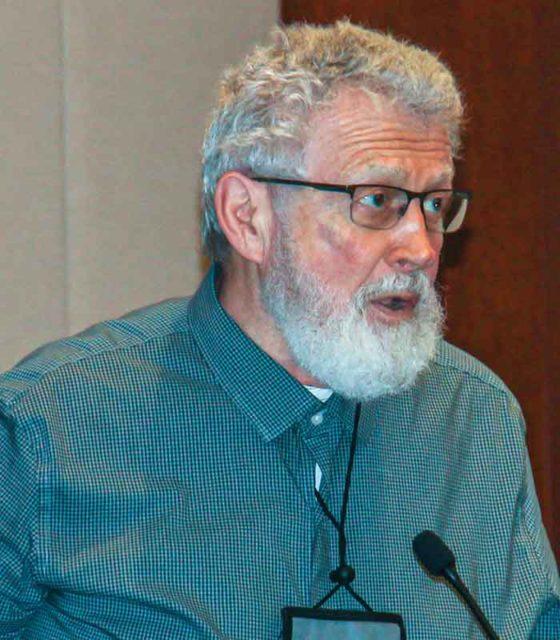 Ray Ganga, senior staff consulting engineer with Wellons, spoke on biomass fuels and related energy systems. After reviewing Wellons’ range of boiler and furnace systems, he touched on fuel mix considerations including ultimate and elemental analysis, detailed mineral ash analysis, particle size distribution, bulk density, and other concerns. He discussed agricultural wastes and their implementation in various projects, such as a 55 MW bagasse fired power plant at US Sugar in Clewiston, Fla.; a 20 MW rice husk fired power plant at Biopower in Pichit, Thailand; a 23 MW dry grain biomass CHP plant at Koda Energy in Shakopee, Minn.; and a 3450 KW egg layer chicken manure fired power plant at GENRF in Gettysburg, Pa. Ganga noted there are too many factors in each fuel with a special emphasis on the vast array of potential biomass fuels and fuel mixes as well as the desired outcomes to do the same thing each time. “Biomass by itself is highly variable and when you throw in variations in climate, soils and possible fuel mixes that can include animal wastes, the possibilities approach being infinite. The key is in the approach.” 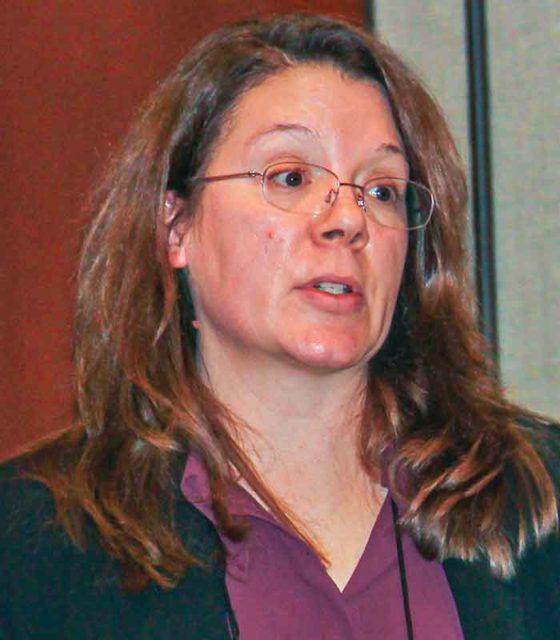 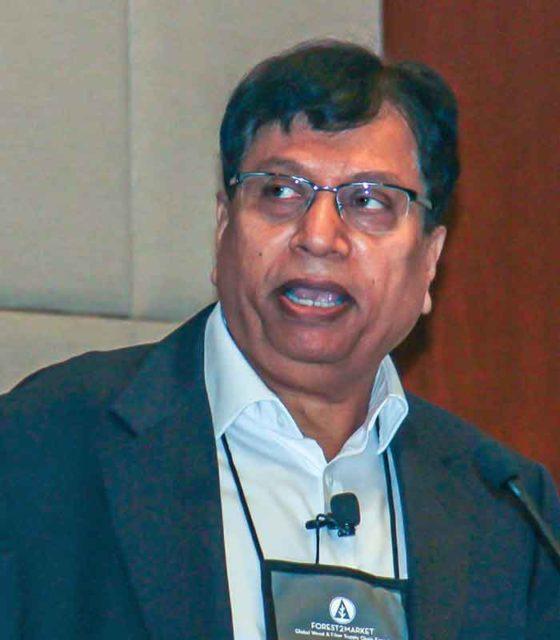 Rakesh Govind, president of PRD Tech, spoke on water resue in the bioenergy sector. He noted that at present, the agricultural production of biomass for food and fiber requires 86% of worldwide freshwater use; the use of water for agriculture competes with other uses, such as urban supply and industrial activities; an increase in demand for food in combination with a shift from fossil energy toward bioenergy puts additional pressure on freshwater resources; in the future, scarcely any new land will be available so all production must come from the current natural resource base, requiring a process of sustainable intensification by increasing the efficiency of land and water use.

Govind said water reuse is the single most important strategy to combat water scarcity, and coupled with wastewater treatment can provide sufficient water for agriculture and bioenergy production.

He pointed to on-site, decentralized wastewater treatment as essential for water sustainability and reuse; that without on-site treatment and reuse, ground water table will continue to decline, resulting in non-usable water; the bioenergy sector consumes a large amount of water, which can be treated on-site and reused; and he revealed his company’s NextGen Bioreactor system that offers substantial advantages in cost-effective on-site wastewater treatment in a compact footprint.

“The U.S. will likely move to an EU model limiting food-based fuels and a carbon reduction strategy,” Sullivan said.