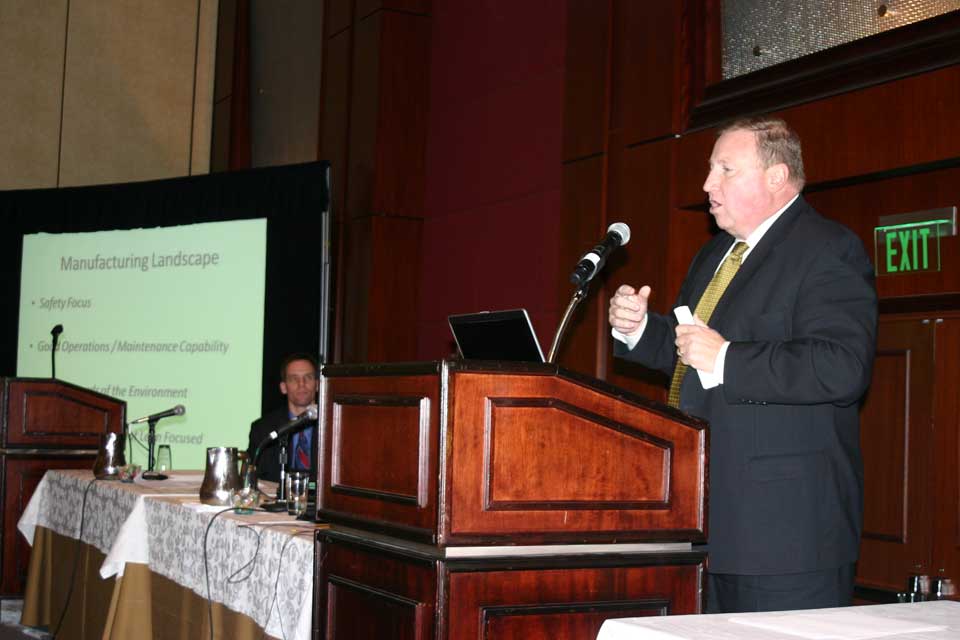 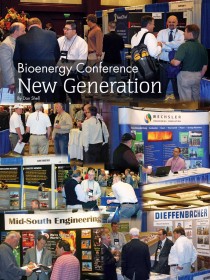 Responsibly growing an industry that stands to become a large part of the world’s energy economy was a recurring theme among the 400 who made the trip here February 28-29 for the Bioenergy Fuels & Products Conference & Expo at the Omni Hotel at CNN Center. Keynote presentations and technical sessions explored how to maintain and increase the wood bioenergy industry’s growth with responsible, sustainable and safe operating practices.

The conference and expo included two days of keynote presentations and technical sessions (45 speakers in all), with plenty of time for visiting the 75 equipment and supplier companies that exhibited their products and services just outside the presentation area in Grand Ballroom North.

Opening keynote speaker John Keppler, CEO of Enviva LP, reflected on the remarkable opportunities and challenges facing all segments of the biomass-powered renewable energy industry. “There’s never been a more exciting time” for the industry, Keppler said, but operators at every level of the industry must continue to keep several factors in mind: sustainability, reliability and safety.
He noted that the industrial pellet market, which is driving much of the growth in the Eastern U.S. pellet industry, is expected to grow up to 400%-600% by 2020—by an additional 50-100 million metric tons according to forecasts.

“Biomass is a compelling fuel because wood burns a lot like coal, and for a major utility wood represents a renewable, base-load solution that’s at the low end of the cost curve,” Keppler said, adding that the industry must look for ways to build on that by developing new services and products that add value.

In doing so, the wood bioenergy industry must keep in mind that fossil fuel competitors oil, gas and coal are still relatively cheap, easy to transport and easy to utilize, Keppler said. To remain competitive, the industry must focus on maintaining and improving its low-cost position at every step of the process, from harvesting and gathering biomass at the stump throughout the value chain of transport, refining and shipping.

While Europe and its goal of increasing renewable energy output is a main driver of industry’s growth, Keppler pointed to the U.S. market, where he said a growing opportunity is in aging coal-fired power plants that are being regulated more stringently, opening the door for potential co-firing projects and biomass conversions as utility operators are forced to either greatly upgrade smaller and older generating coal facilities or switch to more biomass usage.

Noting that only 8% of the world’s forests are certified as sustainably managed, Keppler cautioned that sustainability is a must-have for the industry to continue its growth. “With the growth we’re having you attract media attention, and we need to ensure that attention is favorable by making sustainability a way of life,” he said.
Keynote speaker Steve Walker, president and CEO of New England Wood Pellet, delivered a dose of reality for pellet mill operators, noting that more than half the pellet mills ever built in the Northeast are gone.

Much of the blame can be laid on plant owners and machine vendors who tend to over-estimate working production capacity, Walker said. Doing so often results in higher operating costs per unit of production under real-world conditions that don’t match projected capacity on many blueprints. 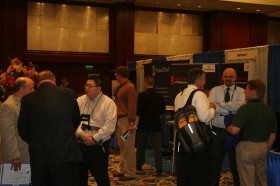 “There’s a lot of hype out there, and you have to be careful because we’ve seen some huge exaggerations when people talk about capacity versus actual production,” Walker said.

While in many cases projected production numbers are inflated, another trap is pellet mill developers relying on unrealistic feedstock cost estimates, Walker added.
“When you build a pellet plant, you end up being a very large consumer in the local feedstock market, and you end up changing that market,” he said. The simple fact that the plant is there now means feedstock prices will be more than prior to when the plant was built, and developers need to plan accordingly, he said.

Walker added that safety infrastructure is one area where mill planners tend to underestimate overall costs as part of plant construction and operation. “Believe me, the government knows we’re out here, and they are serious about safety,” Walker said, noting that his company has spent millions on fire prevention and safety equipment—up to $2 million alone at his company’s newest 150 million tons/yr. pellet plant.

Jim Imbler, president and CEO of ZeaChem Inc., spoke on that company’s development of a commercial biorefinery, largely based on poplar feedstock, in Boardman, Ore. The company recently started up a demonstration plant there. Imbler said the project chose poplar because of its energy density, farm land density, rapid harvesting cycle (through coppicing) and maximum land use efficiency before replanting.

“You can store energy on the stump instead of in silos,” Imbler said, citing the benefits of wood compared to conventional agriculture feedstock.

How biomass specifications and quality impact results across the value chain must be correlated with how production deviations impact each step of operations, Ciarletta said, adding that results are different for each facility depending on its feedstock supply and equipment configuration.

A key to the process is understanding biomass fiber throughout the system, and how it impacts everything from procurement to transport to the mill to machining and ultimately shipping to the customer, Ciarletta said.

By taking a data-driven approach, mill operators are in a better position to determine the impact that fiber characteristics have on the entire value chain, their impact on manufacturing processes and understanding the impact of such fiber and its costs going forward, he said.

Harold Arnold, president of Fram Renewable Fuels, noted that demand for industrial pellets could triple within the next 10 years, and explored some of the challenges facing the industry.

Increasing sustainability certifications will be important, especially for those who are selling to utilities charged with increasing the use of renewable energy sources.
“Customers require sustainable certification, and they want to be able to physically track every pellet back to its timberland origin,” Arnold said. One issue making this difficult is that many European utilities have their own in-house systems for determining sustainability, and in some cases just sourcing feedstock from FSC- or SFI-certified timberlands isn’t good enough. 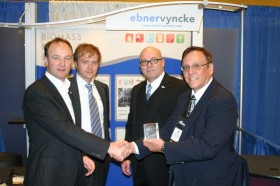 “Customers want consistent price and quality, but pellet producers have a wide variety of factors to navigate in order to create that consistency,” Arnold said.
Among the challenges Arnold noted are rising fuel and transportation costs, which affect hauling from stump to mill and long-range shipping to Europe. In addition, there’s a shortage of East Coast dry bulk facilities that is posing problems for both producers and buyers and must be addressed if industry is to realize the strong growth projected.

Arnold concluded that there’s plenty of opportunity in the bioenergy industry. “But there are also obstacles and opposition,” he said, urging those in attendance to get involved with organizations supporting the industry through product and process standards and sustainability issues.

Danny Vines, president of DMV Petroleum and a principal in the development and startup of Aspen Power, the largest biomass-fired cogeneration plant in Lufkin, Texas, noted many of the challenges in getting the facility up and running and advice for those contemplating similar projects.

“The biggest single issue is you can expect at least a five-year run from permitting to startup,” Vines said, adding that permitting alone can take 14-20 months.
“These projects are dynamic and take a lot of time and effort,” he said. “It’s by far the toughest thing I’ve ever taken on and completed, but it’s been very satisfying, and beneficial to local communities.

“The key is to never give up,” Vines continued, citing the radical downward fluctuation in gas prices since the beginning of the Lufkin project until today. “Solve the problems as they come, then move forward.”

Vines is also a principal in the Greenville Energy project in Greenville, Texas, a proposed 63 MW biomass power plant, for which a 26 acre site has been purchased.

Markets—Seth Walker of RISI presented the group’s North American Bioenergy Forecast, noting that bioenergy wood consumption is expected to catapult in North America in the next five years.

Pellet output growth is being driven by European demand, with pellet exports seeing a 300%+ growth in the next five years. But RISI also sees increasing growth in U.S. industrial pellet markets as well that could contribute to a 20% increase in demand in the next two years, Walker said.

Though technology is holding the biofuel sector back right now, Walker says commercialization is likely within the next five years. “As this technology is proven, you’re going to see very rapid growth,” he added.

In the U.S., RISI is projecting wood energy (cogeneration and combined heat and power) growth in the South, West and also in British Columbia in Canada. The most successful projects, he added, were those co-located with a customer, associated with a utility or tree farming interest. 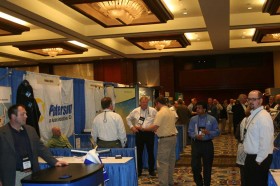 Raw Materials—Forester Dean McCraw of McCraw Energy gave a sobering report on two misconceptions that have a big impact on wood energy developers: that the Southern U.S. pulp and paper industry is going away; and that there’s a “wall of wood” in the U.S. South that will supply all users.

First, McCraw noted that pulp/paper facilities are doing well in the region, and strong demand from Asia, primarily China is leading a resurgence in dissolved pulp capacity.

The timber base itself could prove more tricky to navigate, he said, noting that there’s a lot of fiber in the region, but not all of it is accessible or usable. A big issue is the changing dynamics of timberland ownership and the rise of timber management investment groups that tend to manage for sawtimber instead of pulpwood.

The focus on sawtimber has led to less concentrated plantings and longer rotations, meaning less pulp- and energy wood fiber on the market and stump and timber inventories leaning heavy to solid wood products.

The result is energy plant developers need to do more research into local fiber markets before making decisions on plant location, to avoid undue pulp/paper competition and ensure a steady supply of energy wood to a proposed facility, McCraw said.

Carbon Neutrality—Forest researcher and consultant Bill Strauss, president of FutureMetrics, noted that despite one’s political views, concern about climate change and reducing carbon emissions is a large piece of the industrial pellet industry.

“What’s driving the export market in the Southeast is Europe’s concern about carbon issues and carbon mitigation,” he said. “We as an industry should support efforts to reduce carbon emissions.”

Strauss’ presentation covered misconceptions in the marketplace, starting with the Manomet Study commissioned by the state of Massachusetts that claimed burning biomass is “worse than coal.” The study has been cited by many environmental groups seeking to halt wood bioenergy ­projects.

“The Manomet Study gets it backward by ignoring the carbon sequestration by the tree before it was harvested,” Strauss said. “Carbon accounting must start at the beginning of the growth cycle.”

He added that “harvesting timber and burning it for energy doesn’t create a ‘carbon debt.’ It’s simply taking advantage of a carbon dividend that’s been earned since growth began.” 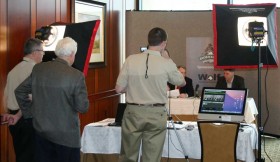 Look for continuing coverage of the Bioenergy Conference & Expo in ensuing issues of Wood Bioenergy magazine.